We’re skirmishers but we’re also people. Here you can find out more about the people who are helping to shape the future of Airsoft, along with ways to contact them assistance is needed. 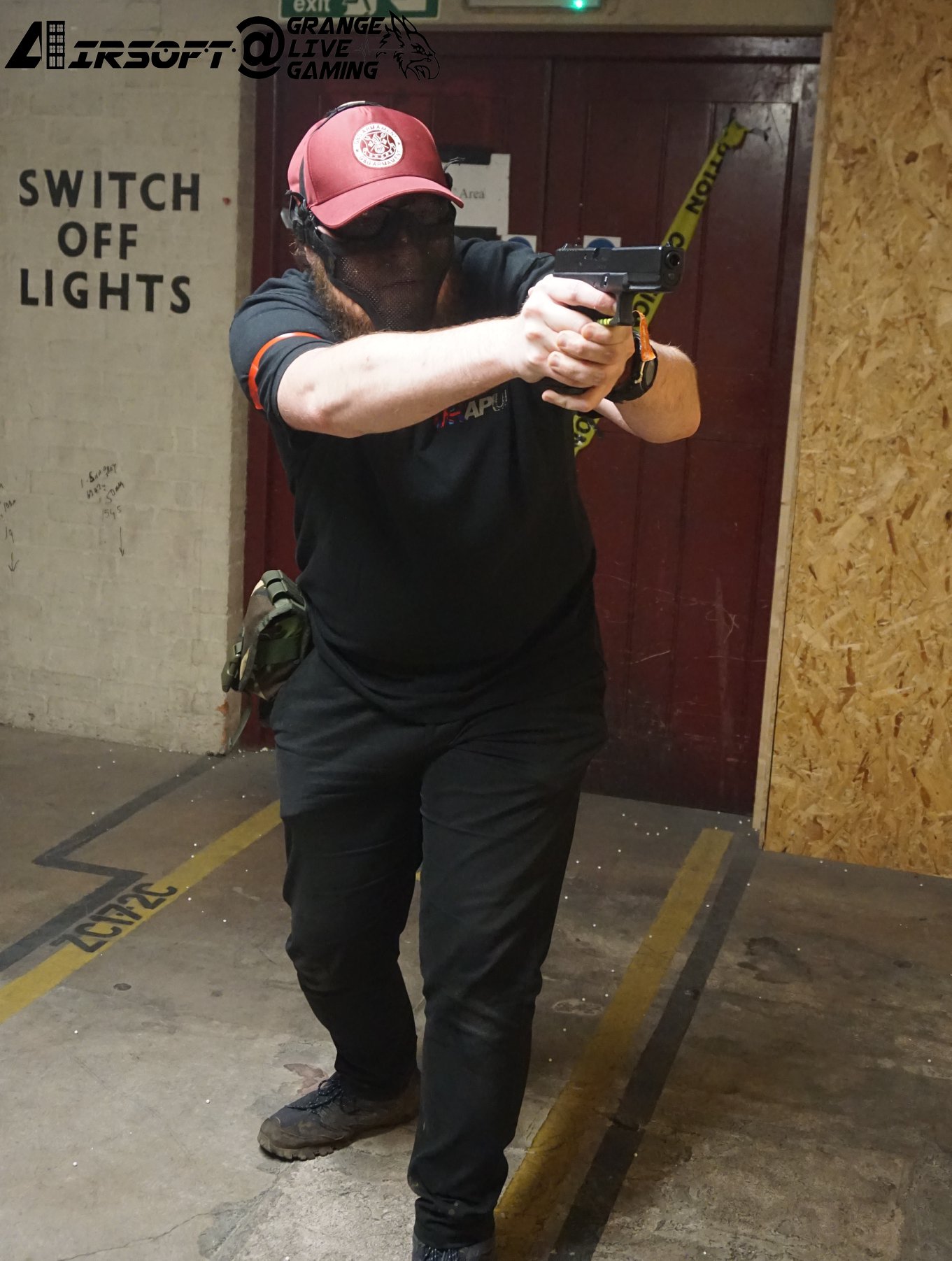 When David Weston isn’t spending his work week inside an office developing websites, he’s either playing Airsoft, thinking of new and inventive ways of breaking (and then repairing) his various Airsoft replicas, finding totally hilarious ways to cause harm to himself – and being relatively good at badminton.

The chairman’s role is that of a figure head of UKAPU – taking responsibility for the actions of the association as well as heading up discussions other firearms/airsoft related bodies, as well as the Government.

He is also responsible for maintaining this website, and can be found thinking of creative ways to make this site less confusing for our members to use. 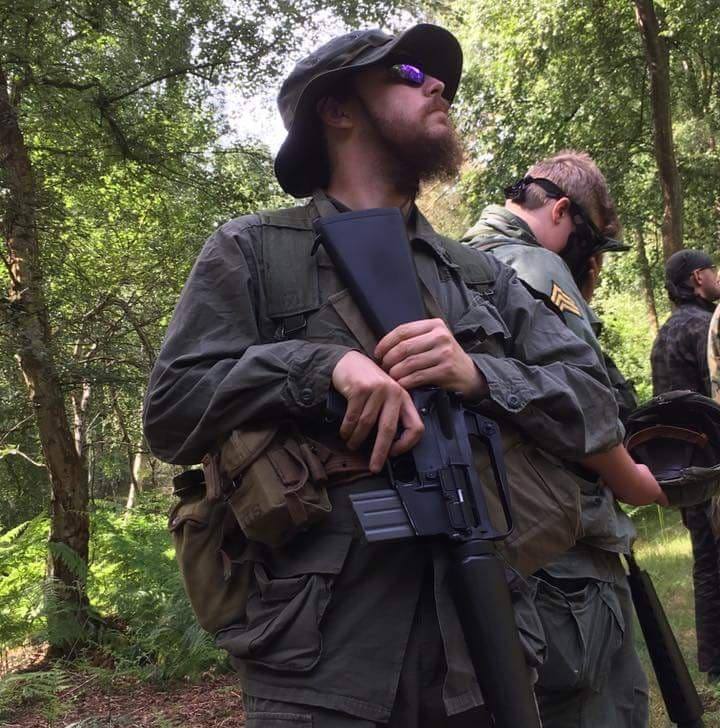 Tim Haines began playing airsoft when he was 15, and still play pretty much every weekend where possible, everything from Sunday skirmishes to historically themed games (particularly Vietnam airsoft)

He joined UKAPU in 2016, originally as the player representative for the South West of the UK. He was voted in as Vice-Chair in May 2017 following the stepping down of Matt Furey-King and David Weston stepping into the role of Chairman.

His mission is to continue to look out for the interests of UK airsoft and help to improve the sport for the benefit of both current and future players. Himself and the rest of the UKAPU committee are committed to helping UK airsoft get bigger, better and hopefully have a great deal of fun along the way.

Offices of the Committee 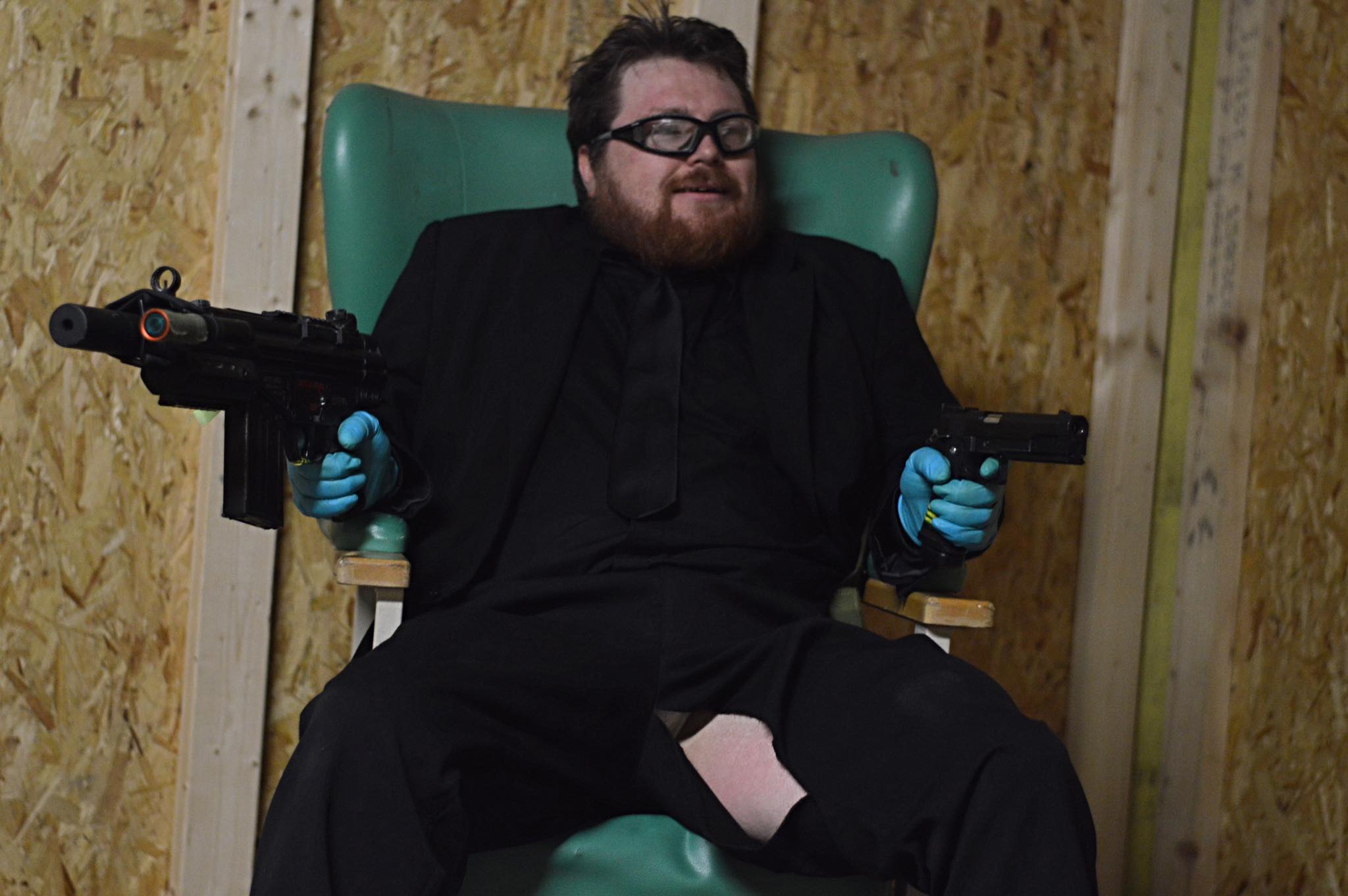 James Williams has been involved with airsoft properly since 1998, cutting his teeth at one of the longest operating urban sites at Sopley, then run by Airsoft Adventures. After several years of playing at the limited amount of sites that then existed across the country James set up his own site and in 2000 Spectre Wargames opened up and continued with woodland and urban sites for the next ten years.

As well as a long period of running and playing airsoft of all styles James was one of the founder members of the United Kingdom Airsoft Sites Governing Body and, whilst he is without an airsoft site to run, brings this experience to UKAPU. In his role as treasurer James tracks and manages UKAPU’s finances. 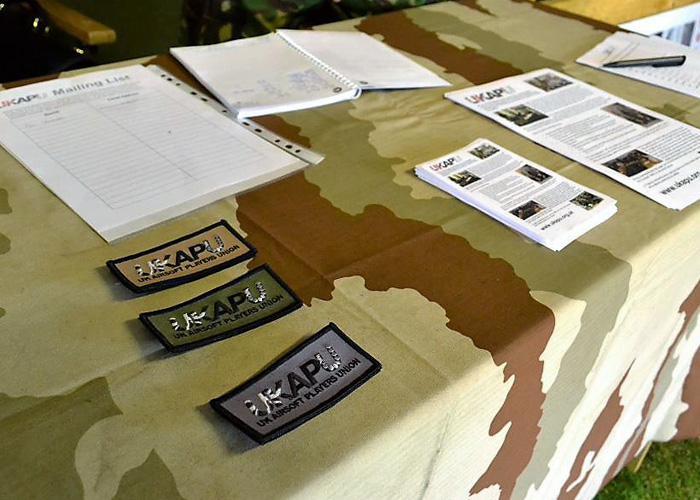 This position is vacant. 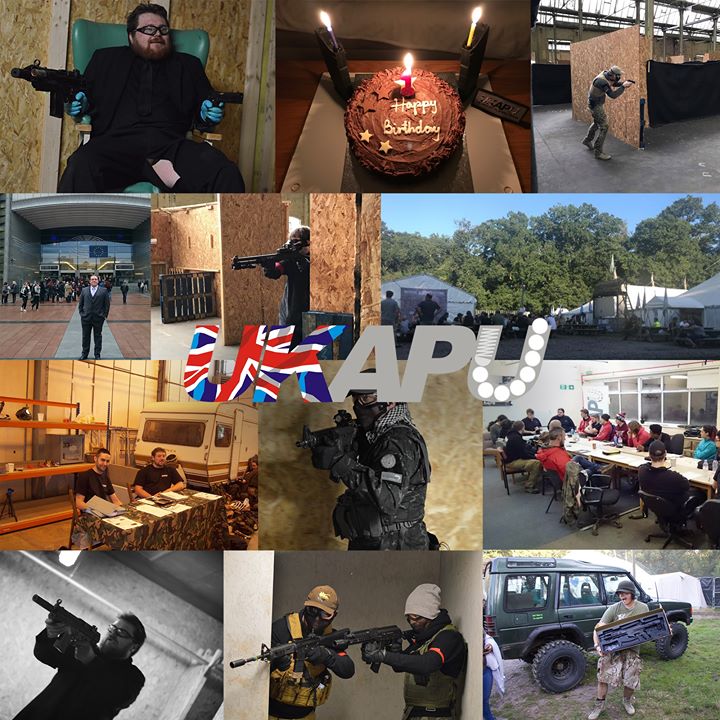 The UKAPU secretary is Ryan Solly. 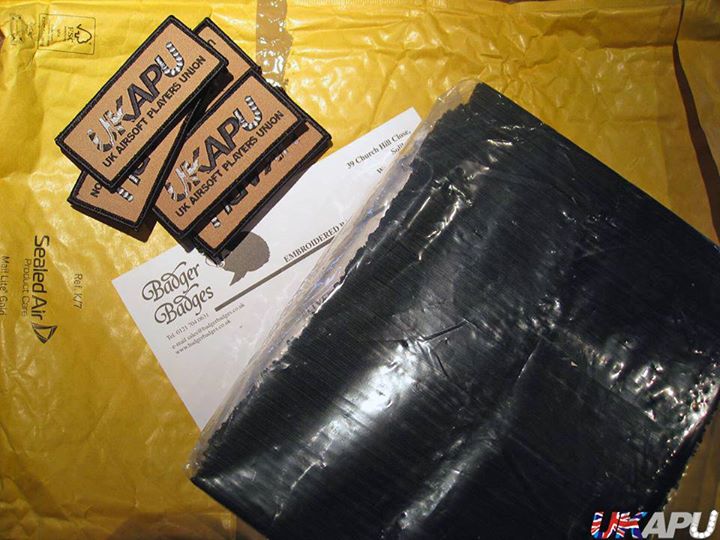 Anthony Harrod-Jackson is a forward thinking airsofter. He is not only a player of 8 years now, he is also a manufacturer and designer of high performance airsoft upgrade parts. He has fingers in manufacturing, supply, retail, media and much more, which he hopes can support his role here UKAPU and be value added for all of our members.

As he is in the Airsoft trade, this position is non-voting. 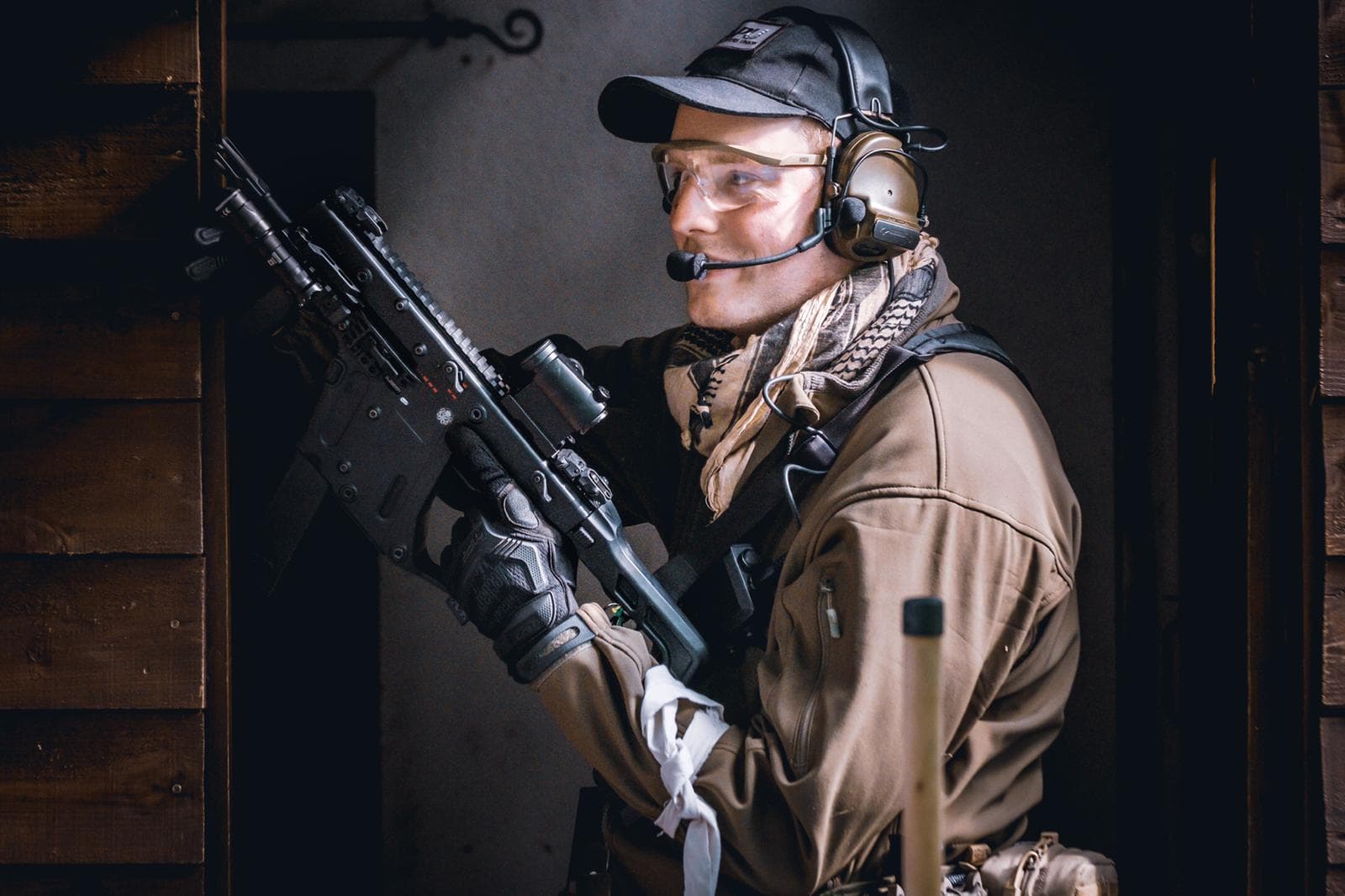 Andy Peet has been playing airsoft since 2014. He plays at a variety of sites mostly around the South West region. He has been a member of UKAPU since 2017 joining as soon as he heard about UKAPU and what it stood for. During the week he is normally found making things from wood but at weekends he enjoys a variety of airsoft games from skirmishes to MILSIM. 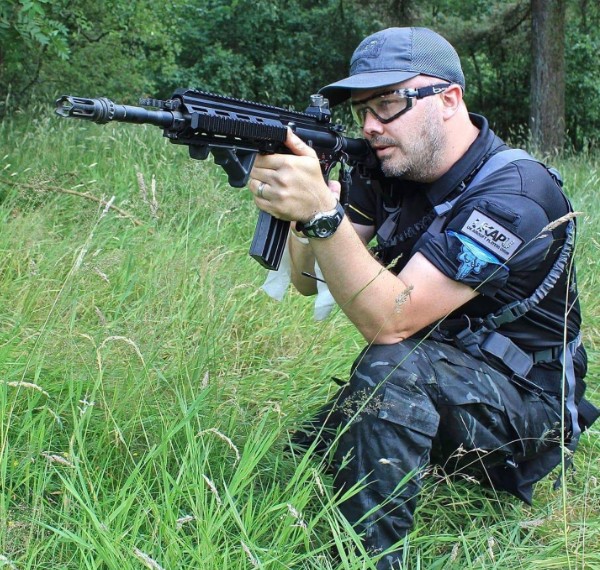 In the words of our Scottish representative, Robbie Hutchison:

Well when not working in the jewellery business looking at beautiful watches and diamonds, I like to spend my time at my local airsoft sites in and around Glasgow. Since starting to play “oh it seems like year” but is actually about year and a half and have become totally addicted to the sport

I started to get to know the sport and want to progress further with it, so I took up the role of marshalling as I want to get the experience both sides of this fantastic sport and help to get an better understanding of it.

Now that I have I want to bring my experience in customer service and care and help share my passion for airsoft to help players and to make sure they have a voice for someone to stand up for their rights and also help make airsoft more accessible and to help promote the “family” factor of the sport. 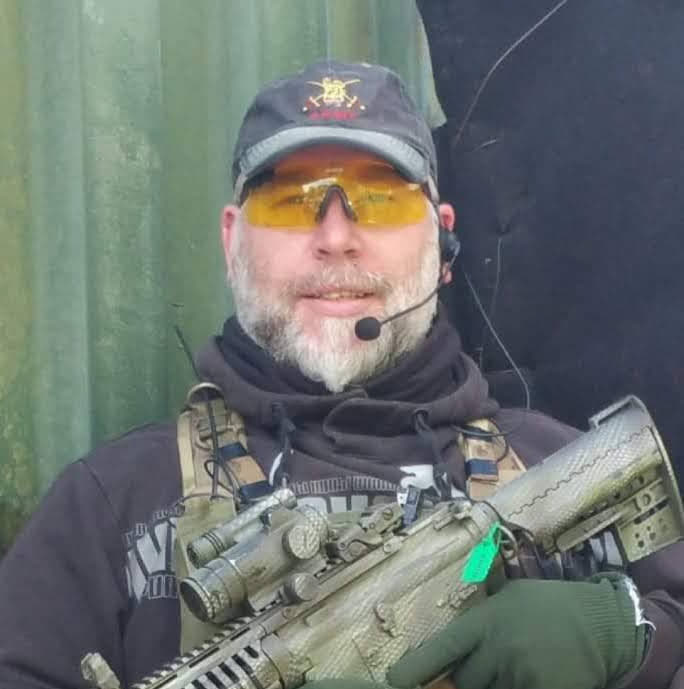 Micky Logan or Logie to the wider Airsoft Community in Northern Ireland has been airsofting for about 12 years now and for the past 6 years been a marshal at his local site.

Micky has a background in Community Development and will be bringing this experience as the UKAPU NI rep to lobby Members of the Legislative Assembly at Stormont for a change in Airsoft legislation in Northern Ireland to bring them in line with the rest of the UK.

When not playing Airsoft, he enjoys getting across to the mainland for MILSIMs. Micky believes the work of UKAPU is very important in helping to promote Airsoft and to help the sport grow and develop here in Northern Ireland and he looks forward over the coming months to get out to more sites within NI, to meet players and to keep the community updated on any progress made in lobbying our MLA’s in Stormont. 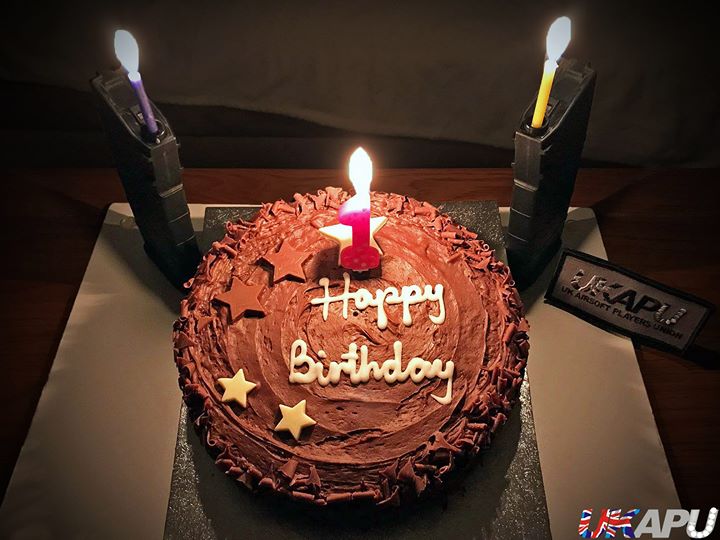 The North of England position is held by Steven Morley. Due to his position in owning and operating sites, he has been specially co-opted into this position but his experience as a current member of the airsoft trade is absolutely invaluable to the committee. 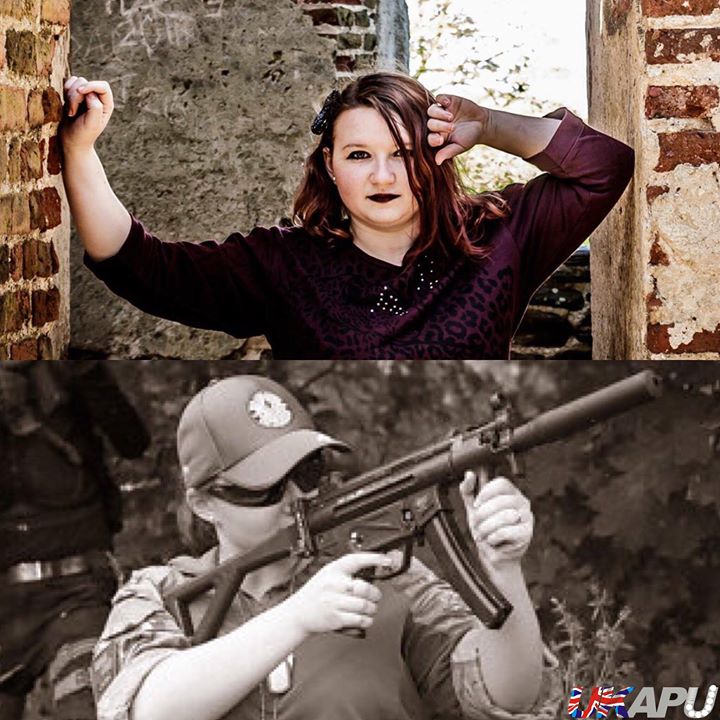 Leigh Batson is our representative for the Midlands. You can view her biography here, or for a snippet of her own words:

“I volunteered to become part of the UKAPU because it meant I could actually make a difference in the sport and to be a part of something much bigger and more influential within the Airsoft community.” 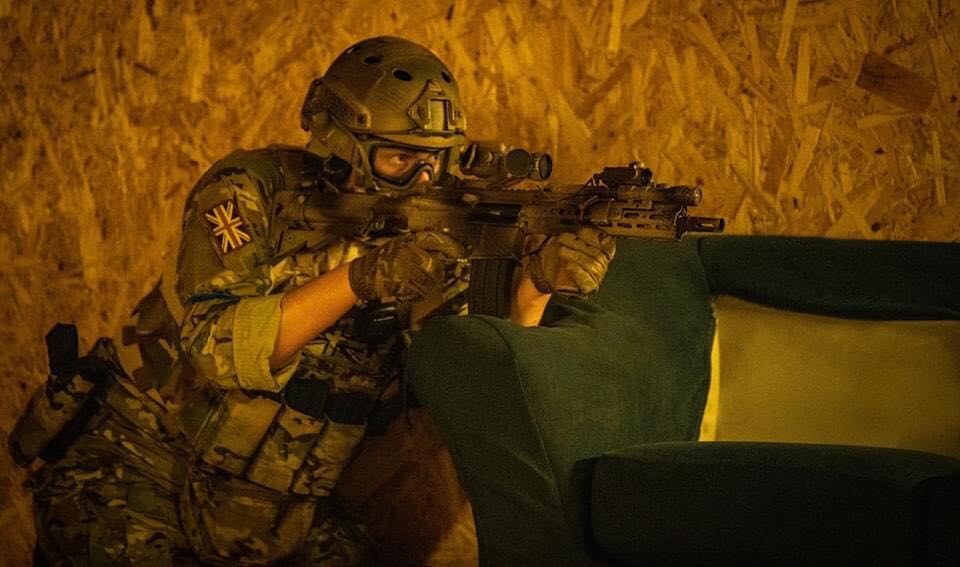 Our Welsh representative, Jacob Stanswood has been playing airsoft for 8 years. He partakes in most styles of airsoft but prefer CQB and Milsim events. He has spent 5 years as part of the Cardiff University Airsoft Society and in his time with the society he has been in the position of Vice President and later on took on the roll of President. With the society he organised and ran two society and friends only Milsim events.

Jacob now works as an electronics engineer at Airbus and in his spare time other than airsoft he enjoys gaming and playing the drums.

He hopes to work with local sites and players in Wales to make airsoft more accessible for everyone and grow the Welsh airsoft community. 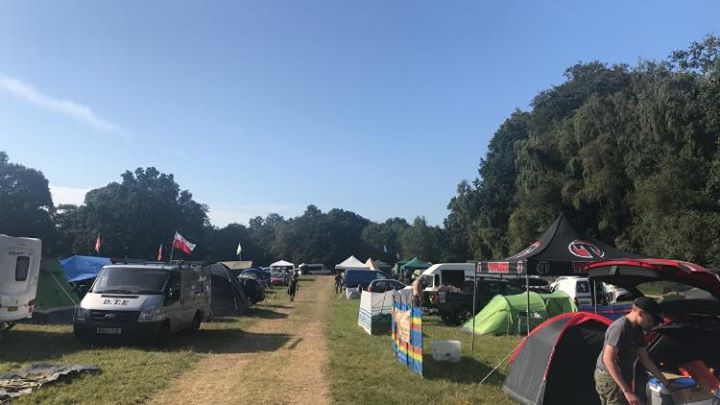 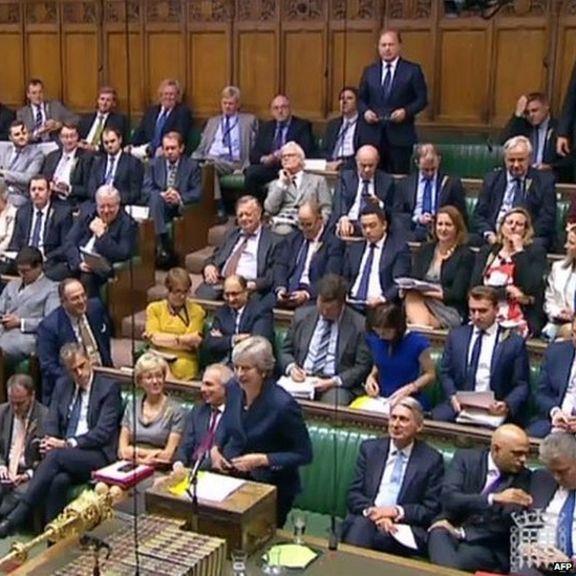 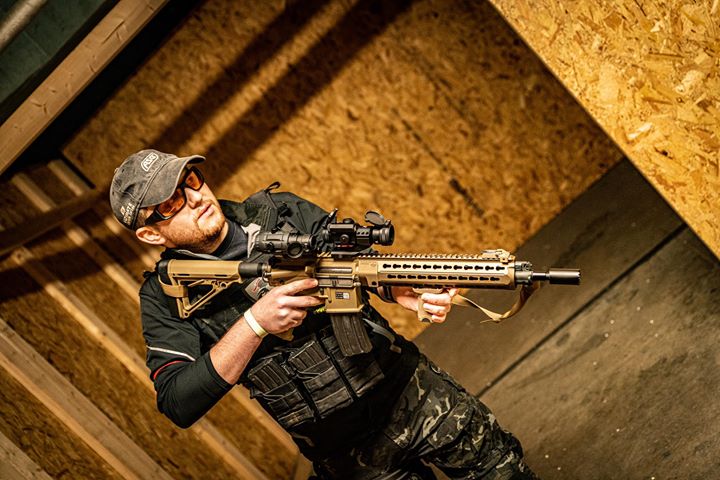 Tyler Townsend began his airsoft adventure in 2016 playing at many sites around the South East, meeting new people and helping successfully launch the Kent Airsoft social media page. As a player of high integrity, Tyler is able to step into player marshal roles if needed at the sites he plays at.

When he is not playing airsoft, he acts as an international trade advisor to both retailers of all kinds and also members of Government – he was part of the consulting team of the UK-EU withdrawal agreement.

With his knowledge and forward thinking, Tyler hopes to bring new ideas from his roles to UKAPU to help grow the organisation and airsoft for years to come. 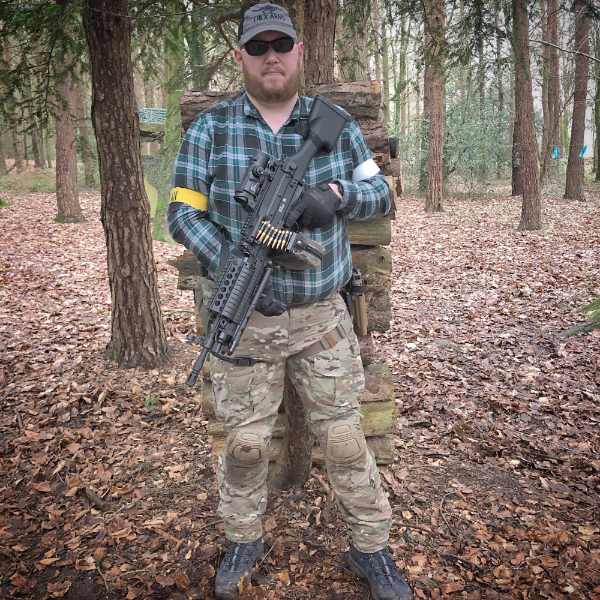 Daniel Shears has been playing airsoft on and off since the mid 90s, first starting off as backyard skirmishing and then progressing onto regular skirmishes and more recently, MILSIM games.

His other hobbies include photography, gaming and amateur 3D printing.

He also runs the Airsoft blog ATRG which is a weekly publication focussing on reviews, interviews and news within the MILSIM community. 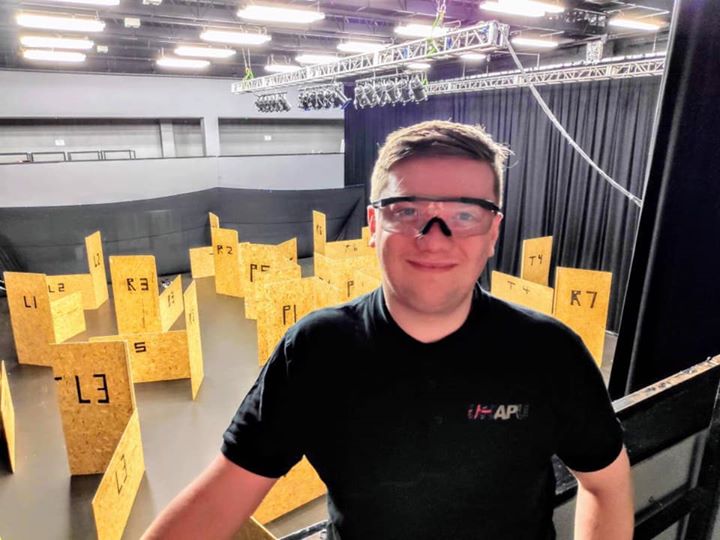 James Clarke is a master’s business graduate of Cardiff University who is currently studying towards his MSc in Financial Services Management.

He’s been involved in airsoft for the past 9 years. He founded the Cardiff University Airsoft Society in 2013 and through 5 years of committee, grew the group into the successful organisation it is today. Alongside his commitments to Cardiff, James established a network for committee members of all UK university airsoft societies to converse and organise events with one another. 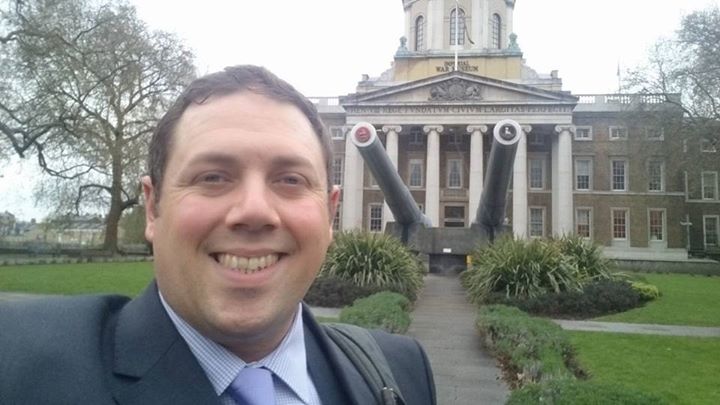 Furey started playing regularly around 1997 and soon joined Spectre, a local team that went on to run a couple of playing sites. He has served in the British Army for 7 years, doing op tours in Iraq and Afghanistan, and is now a civilian aircraft engineer. Matt has had technical and review articles published in several airsoft magazines, is hooked on Kalashnikovs and Russian kit and was active in the Hong Kong airsoft scene for a time.

Being an airsoft activist has led him to found, and often lead, UK Airsoft Players Union and also has been President of the European Airsoft Association for least 4 years, excluding a gap in his leadership.

Along with his long suffering team, Furey is a milsim fanatic and often participates in large games overseas, which are documented on his YouTube channel, Claymore Airsoft TV.