The honour based and high tech game of airsoft unsurprisingly came from Japan. In the 70’s they started using 6mm automatic airsoft replicas powered by external gas bottles as an alternative to paintball. The hobby’s popularity increased in Japan throughout the 80’s and several manufacturers started producing skirmishing equipment. 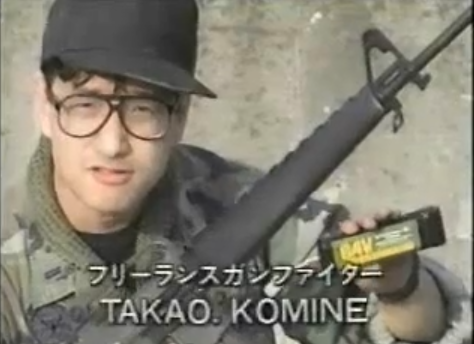 In the early 90’s Tokyo Marui produced an automatic electric gun (AEG) that ran on radio control car batteries, the convenience and effectiveness of which opened the doors for airsoft to spread globally. The Hong Kong airsoft scene is one of the largest outside Japan and most airsoft trading around the world is done through the many HK warehouses and distributors. In the early 00’s other manufacturers began to copy Tokyo Marui’s AEG design. This, plus advances in computer design and production techniques, has allowed  Taiwanese, Chinese and Japanese manufacturers to turn out a bewildering array of airsoft replicas to suit all budgets. If you can think of a real gun, there is probably an airsoft version or conversion kit available to replicate it.

Airsoft had been played somewhat under the radar in the UK since the early 80’s, but in the mid 90’s lots of organised sites were created, the profile of airsoft increased and since then the hobby has grown at an exponential rate, despite hostile legislation.