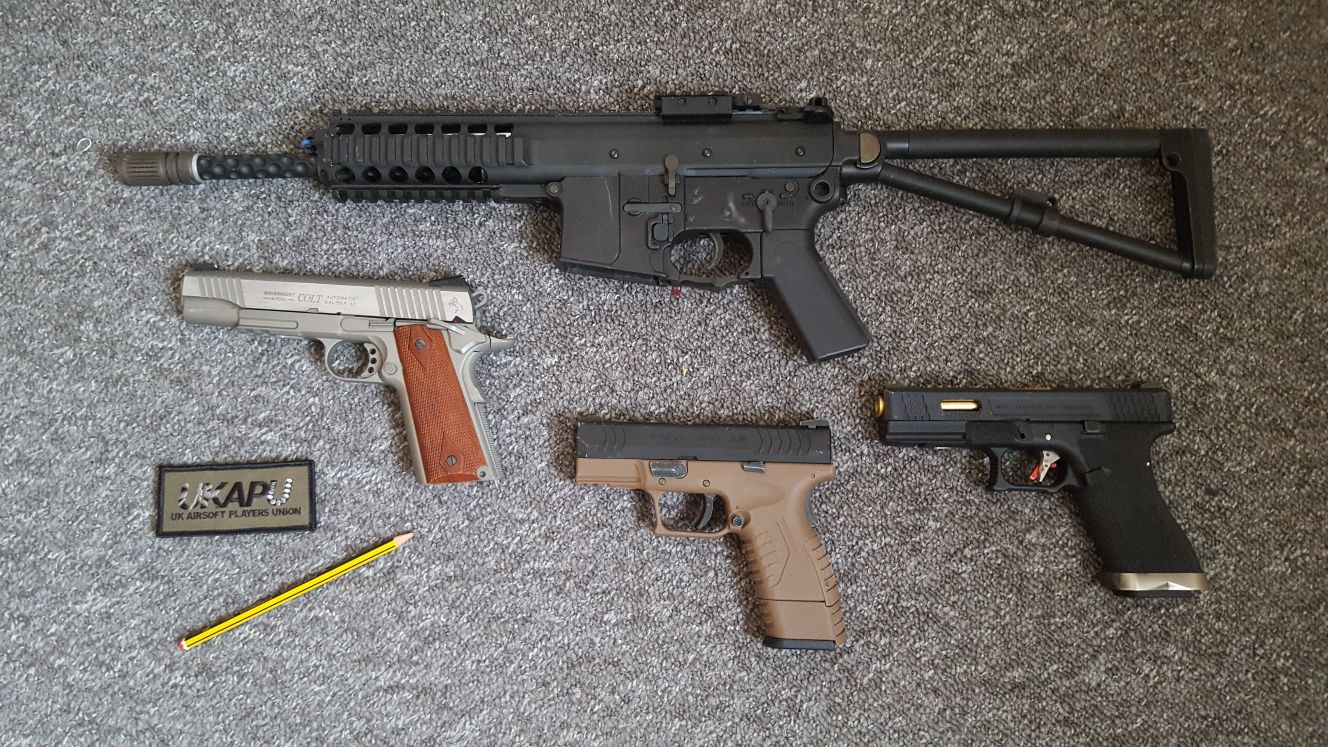 Gas weapons store compressed propellant gasses and use a series of valves to release the gas into the hop unit. The BB is then propelled up the barrel as the gas expands. The gas is often contained in the magazine so that a fresh charge is placed into the replica at the same time as the BB reload. Gas weapons do not function well outside of British summertime as the gas will be at lower temperature (and thereby pressure) than was expected by the airsoft designers in East Asia. Gas weapons can also suffer from leakage in the magazine seals and require regular cleaning to function properly. Gas enthusiasts assert that the increased realism of the gas weapons function and its instant trigger response make up for these shortfalls.

The most common type of gas weapon is the gas blowback (GBB) pistol. These appear to function like a real pistol, the top slide moves sharply back when the trigger is pulled and you feel a certain amount of recoil. You will also see GBB rifles, which are less practical, more expensive and generally less reliable than AEG’s but offer an enjoyable firing experience.

You also find 40mm ‘grenade launchers’, often mounted under an AEG, which fire 24-1000 BB’s (dependant on size) in one shot from each grenade shell. These are only really effective in close quarters but the weight of fire will certainly intimidate your opponent!

The different propellent gasses available are commonly divided into 134a (lower power), green gas (higher power, increased strain on replica) and red/black gas (even higher power). Gas can be bought from shops or at the playing site. Different replicas are designed to use different power gasses. Some players use propane (normal camping stove gas) by using a special airsoft adapter on the can.