The core of airsoft is honesty. When you are ‘dead’ you count as having been killed or incapacitated so that you may no longer participate in the battle until ‘re-spawned’ or ‘tagged in’.

You must shout “HIT!”, raise your arms and return to the respawn point, where more often than not you will be able to rejoin the game after a period of time, meaning new players needn’t worry about being killed early in the game and spending the day sat around like you often do in paintball. Sometimes you must stay ‘dead’ on the spot until healed by a ‘medic’. Other times you will have to wait for the next game to play again.

Respawn points (where you rejoin the game from after being hit) and medics can also be combined with allocating the player a limited number of ‘lives’. All rules are at the discretion of the game organiser and you’ll come across many variants and combinations, which keeps the games different and interesting.

The most common way of being ‘killed’ is when a BB fired from another person’s airsoft replica strikes your body. It does not count if it rebounds off of another surface, but a direct shot always counts. Whether it hits you hard or soft, or hits kit or limbs or armour, it’s all the same, you are dead.

There is no physical evidence that you have been hit, so it is down to you to admit it and remove yourself from the game. People who habitually cheat soon get found out, as experienced players have a good idea of when they have hit someone. They will report the fact to a marshal who will then monitor the offender closely (although a more usual problem in airsoft is people assuming they have hit someone and making false accusations!) 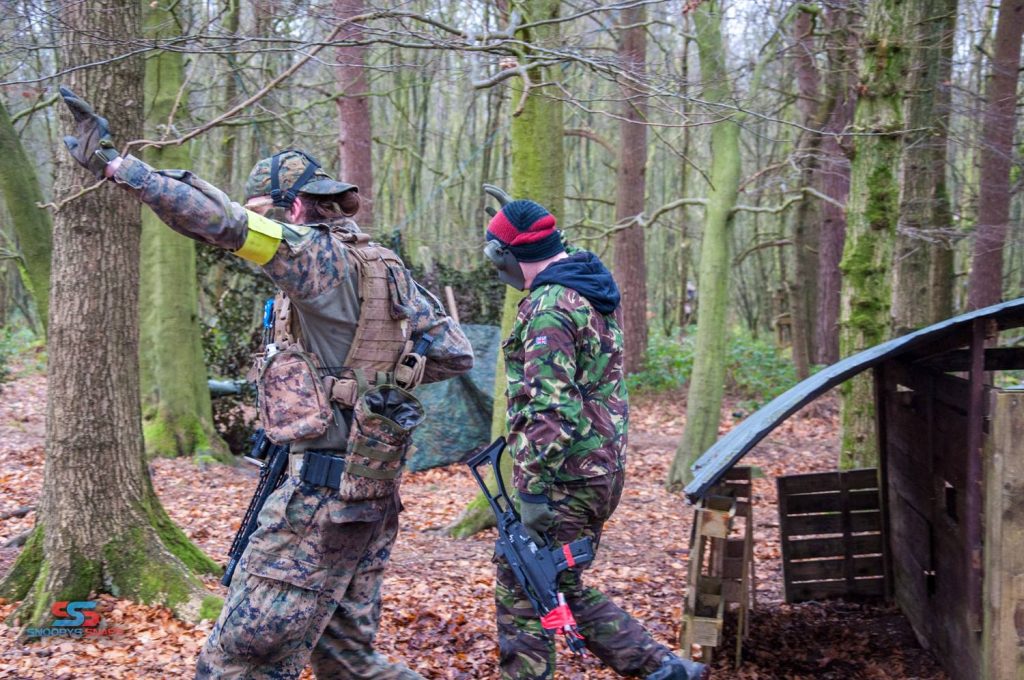 Another way of being ‘killed’ is by pyrotechnics such as booby traps, simulated artillery or more commonly, grenades. Airsoft grenades are usually thrown devices which detonate a blank cartridge or are small single use pyrotechnics produced for airsoft, which you purchase on site for about £2.50 each.

If you are within a set radius of an explosive when it detonates, you are out. You will be informed of the radius by the marshals before the game begins, but is usually 3 meters. In a building, a grenade will usually count as eliminating all of the people in a room regardless of distance or cover.

Smoke grenades are available, when ignited these produce a cloud of smoke which you can use to cover yourself from enemy sight.